How Many Ghost Shrimp Can You Keep Per Gallon? 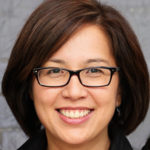 Roxanne Champion
Roxanne is our irreplaceable writer who can make any topic fun and enjoyable to read. Happily married and has two wonderful kids who she likes to read fairy tales to before putting them to sleep. 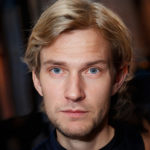 Stephen Watkins
Stephen is an owner of several aquarium supplies shops in New York. Like no one else, he knows how to pick the perfect fish tank or any aquarium accessory from pump to artificial decorative plants.

Ghost shrimp are an excellent addition to an aquarium, especially if you want to have something different from the usual goldfish you see in all your friends’ houses. However, population control is essential, and if you’re not careful, the numbers could get out of hand.

If the population control methods are to be effective, you need to know how many ghost shrimp per gallon is enough. That way, you’ll see when the crustaceans are too many and if the population needs to be reduced.

Factors determining the number of ghost shrimp in your aquarium 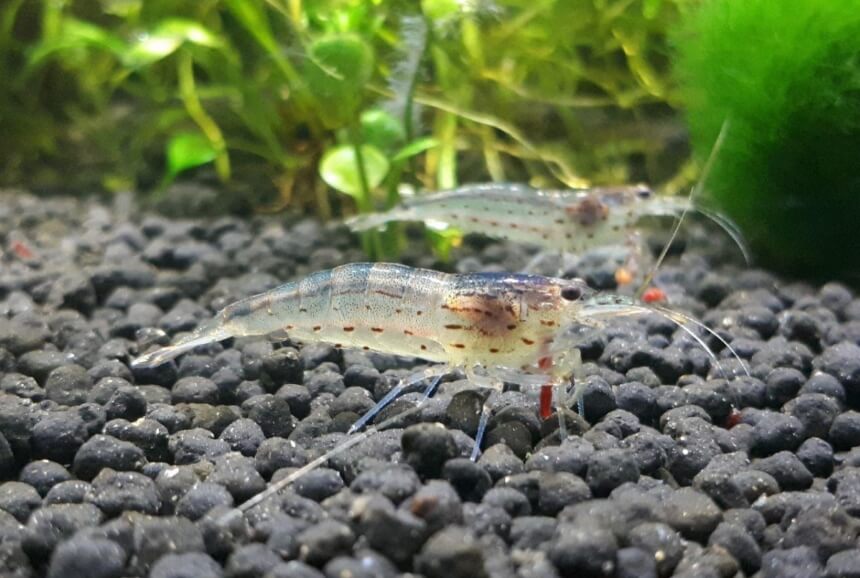 Since most aquarium setups are different, the number of ghost shrimps in there will vary as well. This happens even if you introduce the same number of shrimps at the beginning. The setup is to blame, and a few of the factors that will determine whether you end up with a high or a low shrimp population are as given below.

For starters, the recommended number of ghost shrimp per gallon is between 5-10. However, some of these crustaceans are pretty aggressive. This is especially true as you get to the higher end of this spectrum due to the lack of space. You can always experiment with this range to see what number is ideal for the particular ghost shrimps you’ve introduced to your tank.

Next, the number of accessories, fish, and plants in the aquarium will determine the upper limit with regards to the number of ghost shrimps. The fish will, of course, be competing for space with the shrimp, and you don’t want the aquarium to be too crowded. Also, do remember that some fish species eat shrimp, and it would be a bad idea to add them to the tank.

Additionally, some of the accessories and plants will take up space in the tank that would otherwise be used by the crustaceans. As such, you would need to keep your shrimp count low. That said, getting larger aquariums such as a 20-gallon option would give you more leeway in terms of fish, accessories, plants, and even the ghost shrimp population.

Something like the SunGrow Coco Shrimp Cave comes highly-rated by users as a shelter and play accessory for ghost shrimps. It easily adheres to the substrate you have in your aquarium and has an attractive rustic exterior. However, it will limit the space for the shrimp population in the tank.

Setting up your aquarium

Assuming you already have a fish tank, there are a couple of things you need to do to get it ready for the ghost shrimps. First, you get the equipment necessary to support the shrimp population, including a substrate, light, filter and filter media, plants, and other accessories like the shrimp cave we mentioned above.

After that, you prepare the tank, and there are several steps to this. First, add the substrate, which could be sand or gravel. A lot of people seem to prefer gravel. Next, add the accessories you already have, including the plants and light. You might need to allow some time for the plants to take root.

You follow that up by adding water. Soft water is ideal for shrimps, and if you only have hard water available, you might want to look for ways to soften it. Cycle the water to make it healthy for the shrimps before putting them in.

Once the water is in the right condition, you can add the ghost shrimps. We recommend starting with the lowest number per gallon, which is typically five, and you can add some later if you feel it’s necessary. For those who have filters, the last step is to add them to the setup.

How to take care of ghost shrimp

Now that the shrimp are settled, you need to know how to keep them in good health. Of course, the first step is nutrition, so you need to feed them. Dead plant latter, algae, shrimp pellets, fish flakes, and more are some ghost shrimp favorites. Additionally, food supplements with calcium help them develop their shells, so they might be a good idea.

According to most reviewers, the POPETPOP feeder tube is an excellent way to deliver that much-needed food to the shrimp. Since the model already has suckers and hooks, it won’t be a problem to add it to your tank.

After that, make sure the tank is clean and that the water is in tip-top condition. A canister filter investment will go a long way in making sure your ghost shrimp live in a toxin-free environment. Remember to replace some of the filter media periodically if you decide to get and use one of these cleaning tools.

Additionally, if you have other fish species living in the tank, adding lots of plant cover and accessories is generally advised. The shrimp get spots to hide from the fish. That said, getting fish that won’t eat your shrimp would be the better course of action.

Keeping the shrimp population manageable also qualifies as taking care of them. We already mentioned that they might get aggressive and start attacking each other if the population is uncontrolled.

How to control the number of ghost shrimp in your aquarium

Since you’ll be adding both male and female ghost shrimps, they are bound to start breeding at one point. This means that the population will grow steadily. This is one of the reasons why we recommend starting at five and then seeing how things go. There are also a couple of countermeasures to stop the population from getting too high.

One example is to move the shrimps to a larger aquarium. Remember there are 10-gallon, 20-gallon, 50-gallon, and even more options. As such, it might be time for that upgrade. Moving some of the shrimp population to a secondary aquarium works more or less the same way.

If the two solutions mentioned above are non-starters, you can look for ways to get rid of the excess. Selling a few of the shrimps definitely works to your advantage. You get a few extra bucks in your pocket while keeping the population manageable.

Additionally, you can trade them for other aquatic animals if you have a community of aquarium enthusiasts you hang around with. Just make sure they won’t come to eat the shrimps before you make the trade.

The last option is to give a few of them away. You could be helping someone trying to start their aquarium. A pro tip is that having more male than female ghost shrimps in the tank will mean a lower population growth rate.

Anywhere between 5-10 ghost shrimps per gallon of water in your fish tank is ideal. However, if we’re being truthful, the issue of how many ghost shrimp per gallon of water is enough is not so cut and dry. There are things to consider such as accessories, plants and the aggressiveness of the crustaceans. This being the case, you might need to start at five and observe the crustaceans to find the sweet spot, depending on your fish tank setup.